For the past two years I have been working on Arctica, an interdisciplinary art project encompassing poetry, photography, visual art, performance, film, artist’s books and a digital public artwork. The project began after I visited the High Arctic in 2013 for an artist’s residency as part of The Arctic Circle programme. The Arctic environment is unique, fragile and rapidly changing and I returned from this strange and wonderful part of our planet with a strong desire to write and make art on the subject of climate change.

The latest and final work that I have completed as part of Arctica is I Dream of Canute (& The Sea is Rising), a digital poem that is designed to slowly destroy itself over the next 100 years. The work is a reflection on our perceptions of time in relation to the inevitable rise in global sea levels that we will experience as the poem plays itself out. For the purposes of the artwork, I have assumed that sea levels will rise by 1m over the next 100 years. Each line of the poem represents a centimetre of sea level rise and, to correspond with this rise, a line of this poem will disappear each year for the next 100 years. 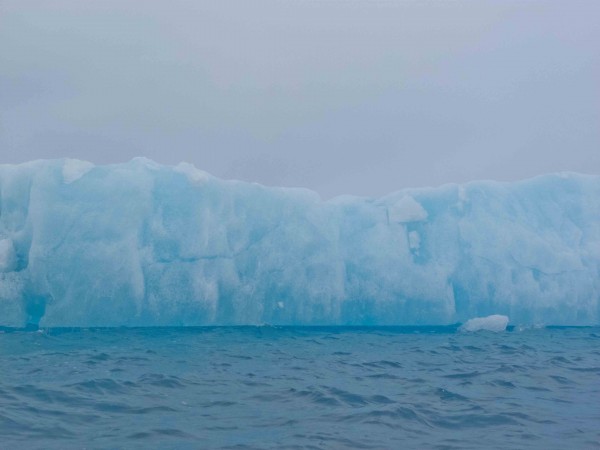 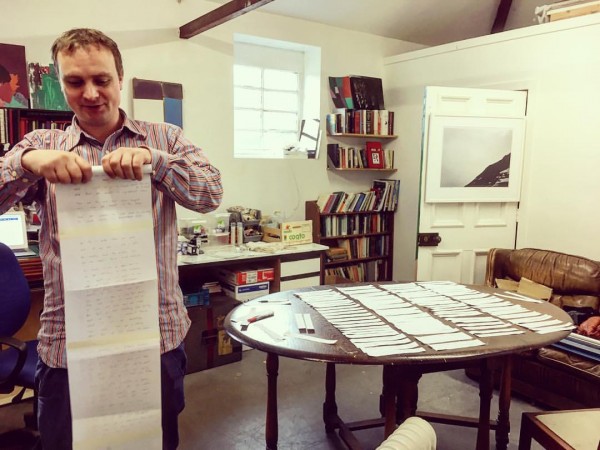 Hosting a digital work over this length of time is a challenge in itself and I have recently launched a call for 100-year hosting for the piece via The Literary Platform. I have always thought of the poem as a piece of public art but, whilst we are beginning to understand how we can create digital public spaces for art and literature, there are significant technical challenges that exist when we start to think about preserving artworks in the face of rapidly evolving technologies.

In addition to the obstacles I have faced around the permanence of a piece of digital literature, there have been significant challenges involved in composing and realising the piece. I wanted the form of the poem to reflect current scientific thinking and data in the field of climate change science but, during the initial research phase, I discovered that the complexity of environmental systems and uncertainty around human behaviour in relation to the environment makes it very difficult to accurately predict how rapidly this inevitable natural phenomenon will occur.

My estimate of 1m over the next 100 years could be seen as either low or high, depending on your point of view. The most recent IPCC report predicts rises in sea level of between 50cm and 1m between now and 2100. Although my prediction could seem high in terms of this data, some recent research has suggested that the process could be accelerated through the melting of the ice cliffs around Antarctica, causing as much as 1m of additional sea level rise over the next 84 years.

My decision to make the piece last for 100 years was about more than just the representation of technical data. I wanted the poem to stretch the reader’s concept of time and to point towards a distant future that lies beyond the timescales that we would normally consider in our daily lives. Climate change is happening now but the majority of its effects will be experienced by the next generation and the generation that follows that. How can we even begin to think about tackling this urgent and potentially devastating issue without changing how we think about time?

The process of writing the poem began with a series of visits to Beaufront County First School in Northumberland, UK where I creatively explored the subject of climate change with around 70 children aged between 4 and 9. I asked the children to imagine the things that they would choose to keep if they could lock them away inside a magic iceberg over the next 10,000 years. Ideas, words and phrases that they came up with were then incorporated into the early drafts of the poem and some of them have been carried forward through the editing process into the poem in its final form.

For me, the writing of a poem (digital or otherwise) is always a long and intricate task that involves a complex web of formal, musical and literary decisions. In the case of this poem, the task was further complicated by the fact that I was writing something that I wanted to operate as a valid literary artefact in each of its 100 distinct iterations. The digital medium seemed appropriate for the piece as the code behind its presentation enabled this experimental formal structure to exist when the piece was publicly presented. This digital and experimental form fed into the writing process in many ways, not least in putting a heavy weight on the line as a unit within the poem. Each line had to be strong enough to operate as the last line of the poem without leaving the reader hanging, unless that was what I intended it to do.

While coding and considering how to present the piece, I felt it was important to minimise its technical aspects. I chose to use HTML and PHP and to publish the poem on the web as almost plain text as I felt this would give the poem the highest chance of survival over the next 100 years. The decision to pursue simplicity was another hurdle as I composed the work. In poetry, as in code, simplicity is hard to pull off and I can only hope that I have managed to do so in this instance.

Reflecting now on the process of writing I Dream of Canute (& The Sea is Rising), I can’t help but think that perhaps the added complexity that I encountered in the construction of the work is inherent in the digital medium. For the writer, the digital medium opens up an almost infinite set of new formal possibilities but, to me, the real challenge seems to be how to devise new methods of composition that can result in meaningful literary artefacts within that endless space.

Screenshots: Core Values
Screenshots is a regular feature by Simon Groth, highlighting a project, app, or other resource of interest. Core Values by Benjamin Laird Shortlisted for the QUT Digita...
Breathe – a digital ghost story
What happens when a story comes to you where you are reading? What new types of storytelling are made possible when narrative accesses technology to personalise itself to you? ...
Should a Great Writer Ever Feed the Dolphins?
What follows is the text of a talk given by Dan Franklin for a seminar called Reading the Data: Informatics and Contemporary Literary Production, co-hosted by the Ambient Literatur...
New Media Writing Prize: the First Eight Years
Beginnings and developments In 2010 when we began this adventure into new forms of writing, we had no real idea what we would receive as entries. A colleague of mi...
A Wolf in Sheep’s Clothing: The new art of writing in Instagram and Twitter
In the late 1950s JG Ballard worked on a novel that was to be posted in fragments, on advertising billboards. Although it never properly came to fruition, what Ballard managed to p...
Watch STORY+ from Brisbane Writers Festival 2016
2016 Story+ retured to Brisbane Writers Festival (BWF) for its fourth year with internationally renowned award winning writer and digital creator Kate Pullinger and Google Crea...