There’s no getting away from it – it’s a tough moment in time for young people. The life landmarks our parents ticked off in their twenties are being swept aside thanks to economic crises much bigger than ourselves, and the choices we make for ourselves in reaction to these circumstances are laughed at or criticised by the media. 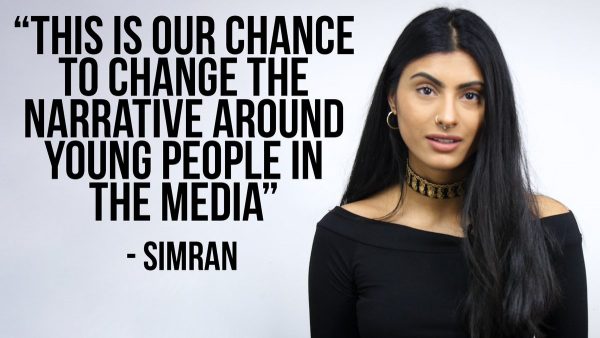 In many ways mine is a very lucky generation. Nearly everyone in my friendship group went to university (this was not so in my mum’s), and our early introduction to the internet has opened up opportunities that have never existed before. Thanks to our digital native status, we have a different, flexible way of looking at the world. With the wonders of the internet in our pockets, it should feel like anything’s possible.

Unfortunately, it hasn’t really played out that way. I’m 25 now, and I’ve flipped from job to job, mouldy rented flat to mouldy rented flat and place to place, trying to find a steady foothold as the world wobbles around me. Some might see this as just a part of growing up, but I feel pretty bloody old already. I’m craving stability, and my friends tell me they do too. My thirties are on the horizon and the things I’ve seen my parents achieve (a house, kids, long-term job) will require a serious rethink and lots more time to save for. I have to admit to myself that my life will look very different to theirs, and start to create my own timeline without trying to measure up to theirs.

This new blurry map of landmarks applies to a lot of younger people. We’re doing things that have never been done before, yet we’ll never do some things that have always been done. So, when my co-editor Nikesh Shukla told me about the book he was creating that would aim to give amazing young people’s voices a platform, I knew I had to be involved. 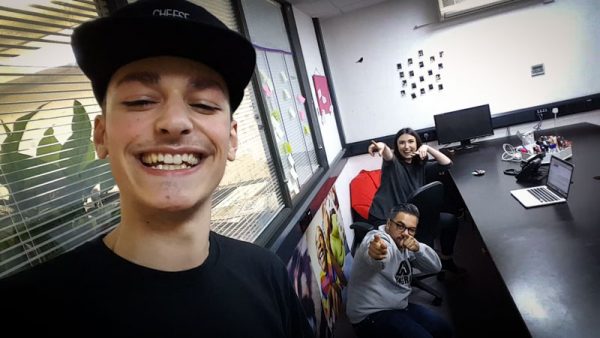 Rife Magazine, which has appeared on The Writing Platform already, is a Watershed project, made by young people for young people, supported by Bristol Youth Links in partnership with Bristol City Council. Through the six-month paid content creator roles at Rife, they have produced scores of filmmakers, youth facilitators, writers and more (including me) who have been supported with work and advice ever since. The same idea is at the core of this project – supporting, amplifying and providing room for voices that need to be heard and usually aren’t.

We’ve already commissioned ten amazing essays from UK under-24s that cover mental health, social media, race, the future, technology, politics, and more. They’re all incredibly incisive, clever and powerful, and each one channels the voice of a young person with their own valuable viewpoint. What binds them all, though, is hope. These are stories written by resourceful, passionate and switched-on young people. They are exactly the kind of thrilling standpoints that signal the end of one way of thinking and the start of another. I don’t think it’s an overstatement to say they represent the future of writing, thinking and seeing. Excitingly, we still have ten more to commission.

We chose to fund this book through crowdfunding platform Unbound because Nikesh’s really, really amazing book of essays, The Good Immigrant, found such an amazing home there last year. That book is about race, Britain, and belonging, and its evolution from idea to physical product felt very tangible thanks to the platform’s integration with social media. While I wasn’t involved in its conception or creation, I felt very invested. People on my Twitter timeline were constantly chatting about it, and you could check into Nikesh’s “writing shed” to see how it was getting on through the site. What the book was saying was crucial in that moment (and in this one), and using Unbound made it feel even more timely. As the percentage of funding ticked upwards, it really felt as if people were pushing the project forward together as a community.

This is the same feeling we wanted for this book. As I mentioned before, a lot of false generational disharmony is created by the media. To move forward and cast that distorted view aside, it was important to us that this project was funded by the collective force of interesting, interested people – people who were saying, “I believe in young people, I want to hear what they have to say. I want to hear what is important to them, from their perspective.” For young people, this is a rare and special moment. If you’d like to be involved, check out the Unbound page here. I promise the book will be really, really great.

Sammy Jones is a writer based in Bristol. Now freelance, her most recent role was at Crack Magazine as the music and culture magazine’s Junior Digital Editor. She still regularly contributes reviews and features. She completed her tenure at Rife as part of the second intake and has enjoyed being involved in Rife’s projects ever since. Her recent projects include contributing copy to a blue chip brand’s website redesign and creating a zine about Welsh shame in response to Brexit.

Online Presence: Pros, Perils and Possibilities
I often hear newer writers (of varying ages) say they want their writing to speak for itself. They’re filled with disdain for publishers who look for an online presence, and utterl...
7 Mistakes Self-Published Authors Make
The book publishing industry is going through a huge transition. It’s easier than ever to get a book out into the world. All the resources you need to publish a book are available ...
Forgetful Typewriter Project – Emergent Technology and the Future of Literature
Many writers have explored the use of new forms of software to supplement their writing practice, such as the use of a preferred interface to increase focus, or an application that...
Screenshots: A Dictionary of the Revolution
Screenshots is a regular feature by Simon Groth, highlighting a project, app, or other resource of interest. A Dictionary of the Revolution by Amira Hanafi The text for ...
A Short History of Location-based Writing
Imagine a narrative woven through a city street. As a reader you can access fragments of story by navigating a physical space using a digital device such as a smartphone or tablet....
The Writing Platform Panel at the 2013 Newcastle Writing Conference
The Newcastle Writing Conference presents an opportunity for new and emerging fiction writers to explore and learn about trends in publishing, new markets for writing, as well as a...