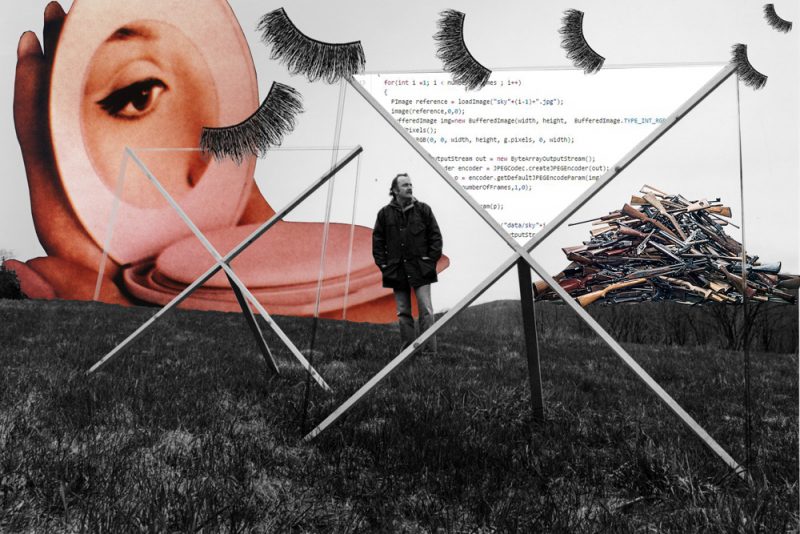 Pascalle Burton is an experimental poet, performer, and musician. Shortlisted for the 2017 Queensland Literary Awards, Generation Lossdraws inspiration from Alvin Lucier’s I am sitting in a room, in which speech is recorded, played back and recorded again until the iterations become unrecognisable.

Rather than tapes, Burton uses digital artefacts and glitch art to present a series of short texts and accompanying soundtrack that become increasingly compressed into blocks of pixels and noise. A fascinating meditation on preservation and repetition in the digital age, it is worth the time to read, both with sound on and off.

Rupture: An Experiment with Born-Digital Prose
When I first began writing my short story ‘Rupture’, I didn’t intend to work with artists I’d never met to produce a piece incorporating animated visuals and sound; this collaborat...
Response to our Call for Digital Utopias: The Hide
Rob Sherman responded to our Call for Digital Utopias pieces with 'The Hide' . We're thrilled to publish this short fiction, a creative practice response which has arisen out of Ro...
Five Things I Want Publishers to Know About Innovation
Pay Attention, it’s 2019. All of this has been written before, and all of it will be written again, because that’s how the world works. A little context. I was invited to spe...
Why All Self-Publishers Should Sell Direct
The self-publishing process has become pretty well established by now, a received wisdom that shapes every entrepreneurial writer’s secret dreams: 1. Write book 2. ??? 3. Profit! A...
Screenshots: Ishmael
Screenshots is a regular feature by Simon Groth, highlighting a project, app, or other resource of interest. Ishmael by Jordan Magnuson Rather than pushing the boundar...
A Wolf in Sheep’s Clothing: The new art of writing in Instagram and Twitter
In the late 1950s JG Ballard worked on a novel that was to be posted in fragments, on advertising billboards. Although it never properly came to fruition, what Ballard managed to p...