Screenshots is a weekly feature by Simon Groth, highlighting a project, app, or other resource of interest.

A Modern Ghost
By Stef Orzech 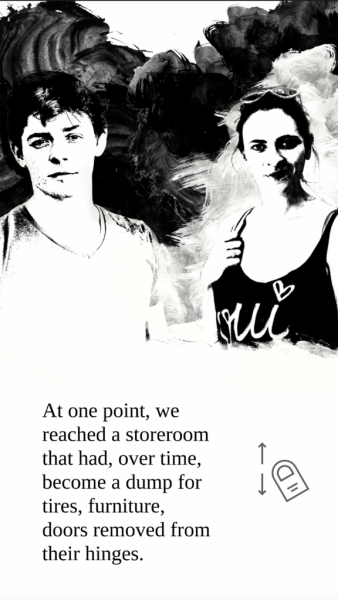 My writer-bias is showing in the byline above since this app’s creators take great pains to attribute it collectively to AltSalt, the ‘digital literature studio’ from which it emerged. Indeed, the drive of this short and somewhat tentative story of love and memory comes from the interactions between its text by Orzech, images and animation by Ricardo Morales, and soundtrack by Ethan Steigerwald. A Modern Ghost is at its best in its use of space on the screen, frequently changing its scrolling direction (with cues) and using layering and textures to suggest a three-dimensional space under the glass.

Described as a protoype, A Modern Ghost is as much an exploration of form and technology as it is a narrative and refinements to the platform (especially its overly touch-sensitive scrolling) are likely over time. But it is also a compelling vision for storytelling on a phone and it will be exciting to see where AltSalt takes these ideas next.

A Modern Ghost is available for iOSand Android.