In introducing my new novel, author Ryan O’Neill puts it most succinctly:

This is an introduction to a novel you will never read.

He adds hastily that he is referring not to the book in your hands, the one he hopes you’re about to begin, but the novel that inspired his words, the novel he read. 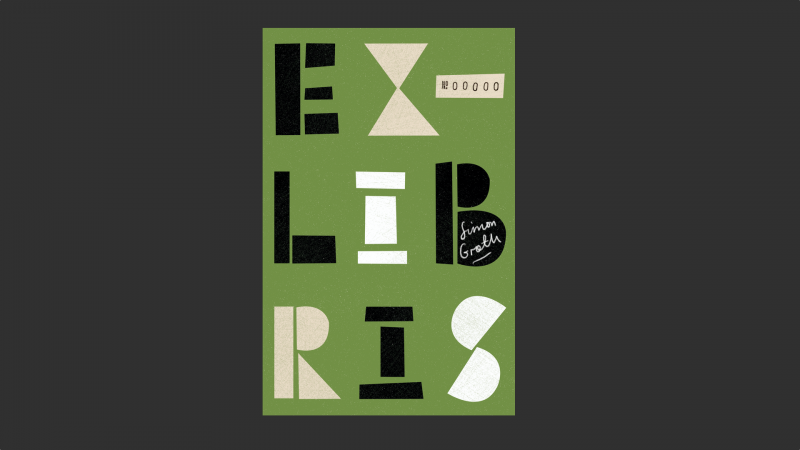 The novel in question is Ex Libris and regardless of which copy you read it contains twelve chapters that can be shuffled into any order. The number of variations possible with such a structure is a little over 479 million. It has been published in both standard paperback and ebook editions, each copy a newly shuffled order of chapters unique to that copy alone. The manuscript that Ryan read in order to create his introduction is different to the finished copy now in his possession, which is in turn different from every other copy ever made.

I have written about Ex Libris previously where I noted that this kind of storytelling has its precedents, the most significant of which all hail from the 1960s. Nanni Balestrini’s Tristano was conceived and written using early computer programming to randomise its content between copies, though it wasn’t published as intended until print technology had caught up in 2007. Other similar books were housed in a box, either as loose leaves (Composition No. 1 by Marc Saporta) or as chapter booklets (The Unfortunates by B. S. Johnson). Of these, Johnson’s novel provided the most direct influence on the structure of Ex Libris: the fluid pieces of the story are defined not arbitrarily by the size of the page, but by the narrative itself. The story is broken into discrete, meaningful components that combine to form a larger picture.

What Ryan alludes to in his opening statement is that any work structured in this way presents a challenge to critical reading. How can readers universalise their experience if the texts they read are never consistent? You may disagree with someone else’s reading of a text, but you do so on the fundamental understanding that both of you have at least read the same words in the same order. John Bryant’s scholarship on textual fluidity through editions, translations, and adaptations demonstrates that texts are never as concrete as we might assume. But variation between editions is a long way from a narrative that changes by design between individual copies. Although it is possible to arrange Ex Libris in approximate chronological order (some events in the story clearly happen before others), each of the novel’s fluid chapters is a vignette, dependent on the others for context, but not for prior knowledge. I have used the analogy of a jigsaw puzzle to explain this to readers: smaller narratives link together to form a larger picture. The order in which the pieces are placed changes the individual’s progress but doesn’t change the ultimate picture.

It can be difficult to get past the structure itself and the mathematics behind it as many contemporary and more recent reviews of recombinant works demonstrate. Umberto Eco in his introduction to Tristano, focuses almost exclusively on the novel’s number of permutations with only a cursory nod to the story. This might be understandable for a novel that, though beautiful, has a deliberately tenuous grip on character, plot, and setting. But the same approach is repeated in reviews of Saporta, Johnson, and other similar works. It is as though the flashy acrobatics of the novel’s physical construction obscure what the writers are doing within. And the critics’ resulting performative bewilderment or pithy dismissal of a wacky experiment seem to me like missed opportunities.

When the assumed shared experience of an audience is modified or removed altogether, how does their engagement with a narrative change? Some clues may be found in my own experience on both sides of the reader/writer divide. How I initially read and thought about a fluid novel like The Unfortunates, for example, is very different to how I have come to think about Ex Libris and that change in point of view has been illuminating.

My experience with The Unfortunates suggests that a first reading looms large in one’s perception of story. While reading, I had to keep reminding myself that the clever positioning of two adjacent scenes was attributable not only to the author’s craft but also to sheer happenstance. We’re trained to read stories as linear and it’s a hard habit to break. When I return to The Unfortunates today, no matter how many times I reshuffle its contents, the story is always coloured by that first reading and how the chapters initially unfolded. That first reading has become my definitive version of the novel from which all others deviate.

Readers of Ex Libris may have a similar experience, perhaps moreso given their copy cannot be physically reconstructed. Information that colours the perception of the characters and their actions may come earlier or later and its impact will undoubtedly shift. Readers who see more of a particular character earlier, for example, may centre the story around them in a way others won’t. Several of the fluid chapters also contain crucial pieces of information that change a character’s image or motivation and cast events elsewhere in the story in a different light. Reviewing the chapter order for each copy, I frequently pay attention to where these chapters fall, wondering how their precise location changes the tenor of the story.

I say I wonder because, primarily, I must rely on guesswork. My perception of the novel is not of a puzzle but of narrative pieces in constant motion, a true fluid state. As I worked on it, Ex Libris formed a kind of web, a set of interlocking shorter narratives that fed into a larger complex. For me there can never be a definitive version of the story, only discrete narrative chunks that cross-reference, echo, or contrast, but never line up precisely.

Unlike The Unfortunates which can be endlessly reshuffled, Ex Libris is presented to the reader as a single, fixed manifestation of the narrative. But it’s also a window, a viewport through which you might catch a glimpse of what I see. Without the capacity to physically manipulate pages, the reader must instead imagine that fluid state and the differences in emphasis that come with changes in how the story unfolds. With Ex Libris, like with all fluid texts, a critical reading should regard not only the text as it’s presented, but also with the text in every conceivable other version. The success or otherwise of any one version of the narrative is merely a subset of nearly half a billion possible narratives in the aggregate. Though difficult to fully conceive, this is something I suspect many readers instinctively know. A common reaction from those who have finished the novel is to seek out other readers to compare notes.

But what readers who squint to catch glimpses of the author’s view may not realise is that they have experienced the story in a way I cannot. I can cast an eye over any number of versions of my story, but I can never see the flow of a linear narrative, only a single path running through that fluid web of chapters. For better or for worse I can never have the experience I had reading The Unfortunates.

I suspect that’s why the story that emerged turned out far more self-reflexive than I had originally intended. Maybe it was inevitable that a narrative featuring a band of literary misfits reconstructing a library from fragments in a dystopian world would eventually turn in on itself, a comment on how fiction can become a vehicle for revealing how we construct our own truths. In the same way the story’s characters can never truly reach the author, so too a reader’s and writer’s experiences always remain tantalisingly out of reach for each other.

Ex Libris is out now.

Simon Groth is a writer and editor whose latest novel Ex Libris contains twelve chapters that can be reshuffled into any order. His other works include Infinite Blue (with Darren Groth) and Hunted Down and Other Tales (with Marcus Clarke). With if:book Australia, Simon created a series of award-winning experimental works including the 24-Hour Book, live writing events at writers festivals around the world, and works of literary remix.

Forgetful Typewriter Project
Funding opportunities for digital writers through Arts Council England
The Writing Platform has partnered with Arts Council England to run an advice session about funding for digital writers. The event is taking place on Wednesday 8th April, 6.30pm -...
Hyper-listening to the City
Walking through a city without direction and following its sounds, may uncover unknown territories of urban experience. Without a concrete navigational strategy, the listening trai...
Call for Papers: MIX 2019: Experiential Storytelling
After the success of the last four MIX conferences, MIX 2019 returns to the beautiful surroundings of Bath Spa University's Corsham Court Campus in Wiltshire on the 1st and 2nd Jul...
The Impacts of Interactive Storytelling: A Case Study of Jupiter Ascending
Warning: the following contains potentially crucial, but mostly lukewarm, spoilers for the film “Jupiter Ascending”. Consider yourself notified. My first critical thought on viewi...
The New Publisher: Hercules Editions
Hercules Editions is a London-based publisher of books that combine poetry and art and archival material. It emerged from a one-off creative collaboration between poet Tamar Yoselo...