This is the second of a three-part series on the work of the University of Queensland’s Digital Life Lab. Find Part 1 here.

Last time, we touched on a quote by the father of ubiquitous computing, Mark Weiser. Twenty years ago, he wrote that, “Machines that fit the human environment, instead of forcing humans to enter theirs, will make using a computer as refreshing as taking a walk in the woods.”

Today we recognise that even “taking a walk in the woods” is a complex experience, both as metaphor and reality. As digital beings, we are moving through manmade environments shaped by inequalities and injustice, by obligations and relations, including those we have with animals and nature. And a wooded landscape in nature is also burdened with history, the constraints of land management, and a growing understanding that trees, too, interact and communicate with one another in complex and multifarious ways.

When we think of who writes the digital future, we have to allow for the possibility that the author will be entirely nonhuman. The Naruto “monkey selfie” case – where animal rights group PETA went to court over copyright claims in an image taken by an Indonesian monkey – might seem extreme, but it speaks to increasing discomfort with traditional understandings of who gets to speak, to write, to be heard – and to guide their own lives.

In a 2016 interview, Beth Povinelli, Franz Boas Professor of Anthropology at Columbia University, set out her understanding of the collapse in traditional Western distinctions between life and nonlife, between the animal kingdom, human society, and the wider environment.

As climate change and human impact on the ecosystem become more pressing and their consequences more evident, Povinelli argues, traditional modes of power are challenged, and with them a way of understanding the world which presumes to distinguish between the living and non-living:

Climate change depends on an entire assemblage of things—sands, clouds, plants, micro and macro organisms, fresh and saltwater. Organisms depend on nonorganic matter […I]f I depend on the air to breath am I inside my body or outside in the toxic clouds over Fukushima? If I am dependent on ingesting water does my body stop at my skin or is it part and parcel of the lead poisoned pipes in Flint, Michigan? If the planet breathes are stones part of its organic nature?

Developments in artificial intelligence and autonomous digital technology exacerbate the crisis in determining what is alive and what is not. The smarter and more interactive nonliving digital devices get, the closer we come to a society where we might need to treat them with the same respect we would accord to people – and to the natural world.

Povinelli goes on to claim that:

a new interdisciplinary literacy is the only hope for finding a way to square our current arrangement of life with the continuation of human and planetary life as such. Scientists, philosophers, anthropologists, politicians, political theorists, historians, writers, and artists must gather their wisdom, develop a level of mutual literacy, and cross-pollinate their severed lineages.

This is an ambitious and revolutionary intellectual project, but also one which extends plausibly from the move towards interdisciplinary, collaborative forms of knowing.

What specific endeavours can researchers, writers, practitioners, and communities undertake to begin this “cross-pollination” of knowledge in the digital age?

One answer can be found at the University of Southern Queensland’s Digital Life Lab, where research fellow Ann Morrison is beginning to explore the place where digital technology, animal sentience, and duties of care towards the vulnerable and needy overlap.

Ann is an interaction design researcher who creates and adapts devices and environments to help people simultaneously develop their awareness of both their immediate surroundings and information available via digital technology.

Projects such as 2009’s MapLens used augmented reality to blend paper mapping, smartphone technology, and users’ awareness of their own immediate surroundings; since then, Ann has also experimented with wearable technologies, interactive furniture, and digital solutions for the safety and well-being of care home residents.

At the Digital Life Lab, Ann now explores how technology can facilitate care for domestic animals. One project, “Dogs and People”, involves working with animal behaviourists to understand how technological interventions can play a part in improving pet owners’ care for, and communication with, their animals. That’s not about using technology to shape animal behaviour through reward and punishment: it looks at digital interactions in terms of relationships which affect both human and pet, such as the use of webcams to assuage an owner’s guilt at being away from their animal while they go to work.

In the long term, Ann expects this research into technologies of care and attention to reap rewards for other dependents, including elderly human relatives. Wearable and awareness-based technologies can help older adults to remain connected to their loved ones and their environment, empowering them to lead an active, effective, and meaningful life well into old age.

These are practical goals for focussed projects, but Ann’s research also speaks to an increasing trend where digital innovators recognize the need to broaden their sense of empathy and identification: to consider how our society’s technological developments impact on animals both domesticated and wild, on increasingly intelligent and sensitive AIs, and on the very land itself – recognized as having its own identity and agency by indigenous worldviews neglected in the age of colonialism.

As our sense of personhood expands to potentially include technological entities and a recognition of animal sentience, this affects our understanding of the question which kicked off this blog series – “who gets to write their own life?” 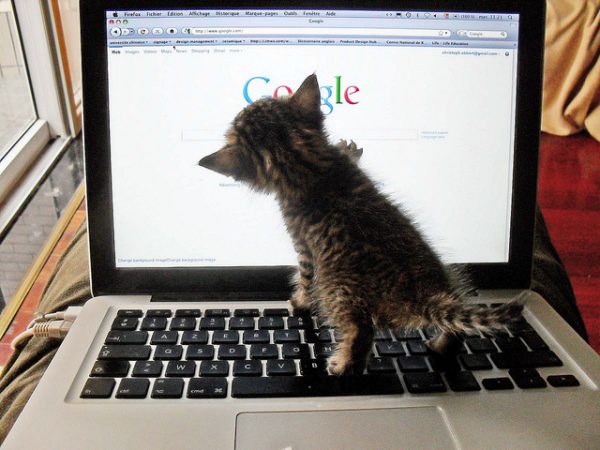 Sentience may prove to be an increasingly fraught issue for machines as well as nonhuman animals. Will we be programming the computers of the future or training them like dogs? And if computers get as smart as pets, should we be swearing at them or otherwise abusing them? As Michael Schrage puts it, “Just as one wouldn’t kick the office cat or ridicule a subordinate, the very idea of mistreating ever-more-intelligent devices becomes unacceptable.”

Philosopher Steven Shaviro writes in his book Discognition that:

…the nonhuman entities with which we share the world – including, but not limited to, our tools – are active in their own right. They have their own powers, interests, and points of view.  And if we engineer them, in various ways, they “engineer” us as well, nudging us to adapt to their demands. Nonhuman things must therefore be seen as…active agents with their own intentions and goals, and which affect one another, as well as affecting us…

As we consider these questions with regard to artificial intelligence and a collapse between the categories of “living” and “nonliving”, how does this impact on our sense of animal rights? If we come to respect animals wild and domestic as creatures with sentience and agency, how will they be allowed to communicate via digital technology and even write their own stories?

In Microserfs, Douglas Coupland’s thoughtful 1993 satire on Silicon Valley, characters find themselves pondering this question over a game of hackysack:

All of us got into this big discussion about what sort of software dogs would design if they could. Marty suggested territory-marking programs with piss simulators and lick interfaces. Antonella thought of BoneFinder. Harold thought of a doghouse remodeling CAD system. All very cartographic/high sensory: lots of visuals.

Then, of course, the subject of catware came up. Antonella suggested a personal secretary program that tells the world, “No, I do not wish to be petted. Oh, and hold all my calls.” My suggestion was for a program that sleeps all the time.

Anyway, it’s a good thing we’re human. We design business spreadsheets, paint programs, and word processing equipment. So that tells you where we’re at as a species. What is the search for the next great compelling application but a search for the human identity?

Coupland’s jokes belie a serious engagement with the big questions of how technology shapes our sense of who we, and the other creatures we share this planet with, truly are.

What was the stuff of literary satire a quarter of a century ago now seems a serious and urgent challenge for our digital lives. And it’s through projects like Ann’s that we will begin to discover what it means for us to share this digital world with others: not just animals and intelligent devices, but those human populations who are excluded or distanced from mainstream society. We’ll turn to such communities – principally, inmates of the prison system – in our final report on the work of the University of Southern Queensland’s Digital Life Lab.

Dr Matt Finch works with communities, companies, and institutions to help them do useful and surprising new things. Currently developing community engagement projects for the University of Southern Queensland and serving as Creative/Researcher for British Library Labs, Matt has devised everything from a season of burlesque in New Zealand’s biggest city to live zombie battles in rural Australia. He has spoken in the British & Australian Parliaments and is a regular keynote speaker at national and state events in Australia, the UK, and beyond.

Rife Magazine
In 2014, we decided to set up digital platform for the young people of Bristol. As part of a talent development programme and as a magazine to amplify young exciting voices in the ...
This Balance Between Digital and Analogue
So how do you define this thing called literature? How does that book in your hand compare to text glowing from a tablet? How do those story podcasts drifting from speakers measure...
What's The Point Of Empathy Games: Five Examples Of An Expanding Genre
Last year, I almost made an empathy game. It never quite progressed far enough to merit a title, but it did have a main character, some painstakingly-drawn pixel background art,...
The Endgame ARG: New Beginnings or More of the Same?
“What about you? What are you waiting for? The Revolution? End times? Forget waiting. The revolution is here and you need to know the truth.” --  Stella, Endgame: The Calling This ...
Live Writing Series
Someone suggests a theme – perhaps the way a person’s tone shifts when talking about a loved one – and Daljit Nagra instantly writes a poem, keystroke by keystroke. the warmth o- ...
Aerial Performance: Other People’s Audiences
Porter Anderson is an influential American journalist and blogger who focusses on the publishing industry, otherwise known to Porter and his readers as 'the industry! the industry!...