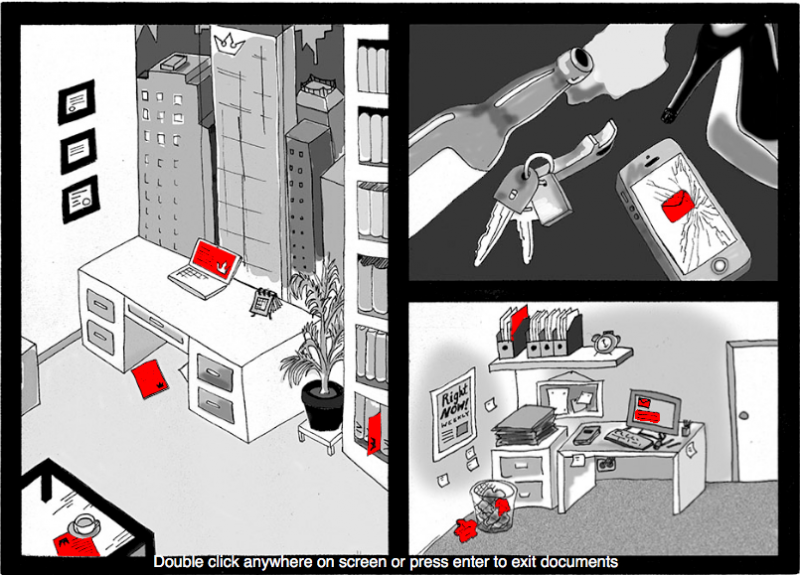 On first sight of Julia Lane’s framing illustrations, readers might be forgiven for mistaking Paige and Powe for a kind of graphic novel. Instead, it is a nuanced and complex narrative built from a collection of found-object texts: a story of intersecting lives, a fortune lost, and a series of increasingly bizarre events. Bouncing between financial documents, emails, and interview transcripts, Wright’s technique shows impressive attention to detail, in particular his use of track changes to chart changes in characters and situations over time.

Reminiscent of comic panels, the story’s interface presents an interesting ‘semi-linear’ structure, suggesting a rough order and context in which to read each ‘document’, though the reader is free to read at random.

Paige and Powe is available to read online.