Matt Finch writes and helps communities, companies, and institutions around the world to do useful and surprising new things. His latest digital work is the interactive narrative, The Library of Last Resort.

You have a varied background including a Ph.D. in Modern Intellectual History. How did you arrive at this nexus of strategy, storytelling and technology?

I wrote a Ph.D. about people who fled the rise of fascism in 1930s Europe and how they adjusted to live in their host countries, including the stories they told about their pasts. At the same time I did work with asylum-seeking children and then a stint as a kindergarten teacher in England. I also wrote travel guides, magazine articles, and worked in local government and the tech sector. Increasingly, people asked me to work with them on high-level strategy, or getting a wider community involved in conversations they were having.

I suppose all of those jobs were to do with relationships, and questions, and the stories we tell ourselves about our lives: where we’ve come from, who we are now, where we’re going next.

For potential clients you describe your work as “scenario planning and foresight, policy consultation and strategic direction, plus facilitation and professional development”. How would you describe it for a broader audience, or for people who might take part in one of your sessions?

I help people, communities, and organisations to make better decisions about what they want to do in the future. Sometimes that involves imagining the futures which might await, in order to expand our understanding of what’s going on in the present. That’s what people call foresight, as opposed to forecasting, which is the traditional notion of trying to correctly predict the one future which will definitely occur.

Most recently, I’ve worked with Energy Consumers Australia to imagine the energy sector of 2050 and with the University of Oslo exploring the future of digital technology in schools. I’m currently advising a project called IMAJINE on the future of regional inequality across the European Union. It’s fun and rewarding to help people explore their strategic blindspots. 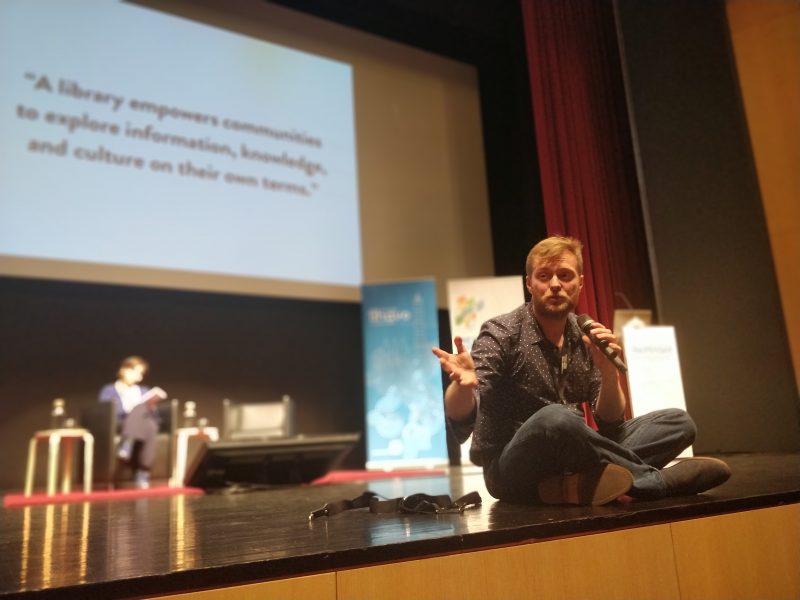 What are the creative works that have most inspired you?

I could and probably should reel off a whole bunch of writers and artists who have stayed with me and who I want to be associated with, but really I think that everything you take in inspires you. Right now I’m absorbing a bunch of Gail Simone’s glorious comics; José Esteban Muñoz’s Cruising Utopia, about queer identity and the future; and the catalogue from an exhibition of works by the surrealist Dora Maar. All of those are massively feeding my head.

The story of inspiration I most want to tell comes from my kindy teaching days. One afternoon, out of the blue, this kid Josh said, “I love melon. My mum says if I eat too much melon, I might turn into one. I could become a superhero…Melon Boy!”

He started laughing, absolutely killing himself with laughter, crying, doubled up, the whole thing. I think it was the first time he had ever made himself laugh in his whole life; he was almost surprised at the reaction he’d triggered in himself.

It was so cool. We stopped what we were doing and ended up making a Melon Boy comic together as a class, piecing together the story one image at a time. (A malevolent witch tricked Melon Boy into losing his powers by feeding him so much cake he became Cake Boy). Everyone had so much fun and was so into it; and it all came from this first moment of Josh surprising himself. I find those moments, those sparks, inspiring.

You work a lot with libraries, notably as creative in residence at the State Library of Queensland and Creative/Researcher at British Library Labs. What is it about libraries that has made them particularly receptive to your work?

In the information age, it’s fascinating to see libraries change with the times. Libraries are about discovery, not instruction; it’s a different power dynamic to other knowledge institutions, more open-ended and exploratory. There are also some significant tensions as our notions of the public and private shift. But even in the shelfiest old library of the past, the user went in, chose a book for themselves, opened it, made meaning for themselves as they read. That’s what I hope we can take with us into the future from the library tradition.

A library should be a place where communities connect with knowledge, information, and culture on their own terms, and that could even mean a place where the professional gatekeepers abdicate their power or are radicalized, letting themselves be surprised and led by the community they serve. There are things to learn from Ludi Price’s work on fanfiction archives, Audrey Huggett’s immersive play experiences in libraries, and grassroots “fugitive libraries”. 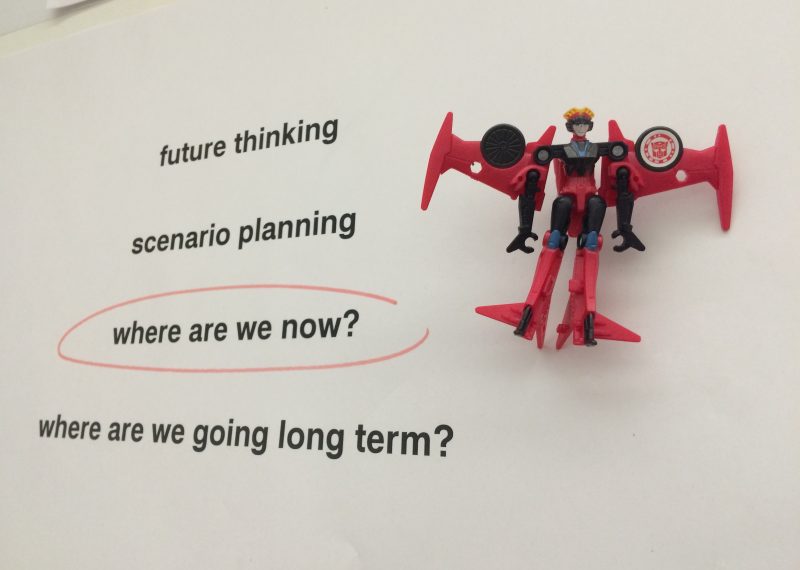 From your observations around the world, do you see trends or outliers today that may point the way for libraries to thrive into the future?

The world is changing so much and so fast, it’s difficult to make predictions. I also don’t think that you can necessarily copy-and-paste what works in one context to somewhere else. Good strategy is about making a diagnosis specific to your circumstances and then taking a smart bet on what you ought to do next. I think that great libraries now and in the future will be deeply attentive to the current and emerging needs of the communities they serve and which fund them.

How are libraries adapting to an environment where staying at home and social distancing are essential for the public good? Do you see these adaptations remaining in place beyond the pandemic?

Martin Kristoffer Bråthen, a Norwegian librarian, has written and spoken about this, asking, in an age of lockdown, “What is the library’s value if they focus on being the middleman between digital content and an online consumer?”

I suspect that the changes libraries are making to adapt to the pandemic will be like those being made in wider society; some of them will stick because they are more desirable or more efficient. When there was a strike on the London Underground a few years back, researchers tracked the journeys made by commuters when their usual journey to work became impossible. A significant number of travellers stuck with their alternate routes after the strike ended; the crisis had actually shown them a more efficient way to get from their home to work and back each day.

In the long run, while some changes will stay, others could revert, and yet others will shift into even more novel and unfamiliar configurations. It’s nice to imagine life “beyond the pandemic” but I suspect we have a sustained season of turbulence ahead of us, not just COVID-19 but all the other social, economic, environmental changes which might now shake up our way of life.

I think a lot about the balance of power between author and audience. We talk about interactivity, but mostly it’s just inviting people to make choices from a set that has already been devised for them. Library of Last Resort was an experiment in finding the limits of that framework, and then trying to jump beyond those limits to a place where the person who starts as the reader can do something which the author couldn’t see coming, enlisting them as a creator and someone who can surprise others, forcing them to confront the blank page.

I’d previously written a “choose-your-own book review” in a similar vein for an Aussie arts journal, and through them I met the excellent and assiduous editor Adalya Nash Hussein, who worked with me on the Library of Last Resort. Her insights improved the text and structure, making the Library a better, richer place to visit.

The Library of Last Resort occupies that very blurred space between “game” and “narrative”. Do you lean towards one or the other label when framing the piece? Are such labels even helpful?

If you approached it as a story, it’s probably quite frustrating because there’s a lot of wandering around and extraneous material in there – I wanted people to have the sense of getting lost in a collection, overstuffed with reading, before they made their escape. I think that happened to you when you first entered the Library, Simon – you had to ask me if there was a point to it all, or the point was just to get lost!

If you approach it as a game it’s probably equally frustrating because there’s only a token sense of mission or victory! I’m not really into keeping score. There is a hidden ending where you can escape from the Library in a hot air balloon; one of my playtesters found it on his first playthrough, just by making the choices that he would make if he was really in the Library. Some people’s brains are just wired that way, I guess.

Maybe the Library of Last Resort is an experiment in frustration and release…I think one of the hard things about trying something new is figuring out how to work with people’s expectations. When you click that link, do you want to be told a good story? Do you want to be given a good puzzle, with the satisfaction of finding the “right” solution? How much effort should you be expected to put in? How much uncertainty should you experience? 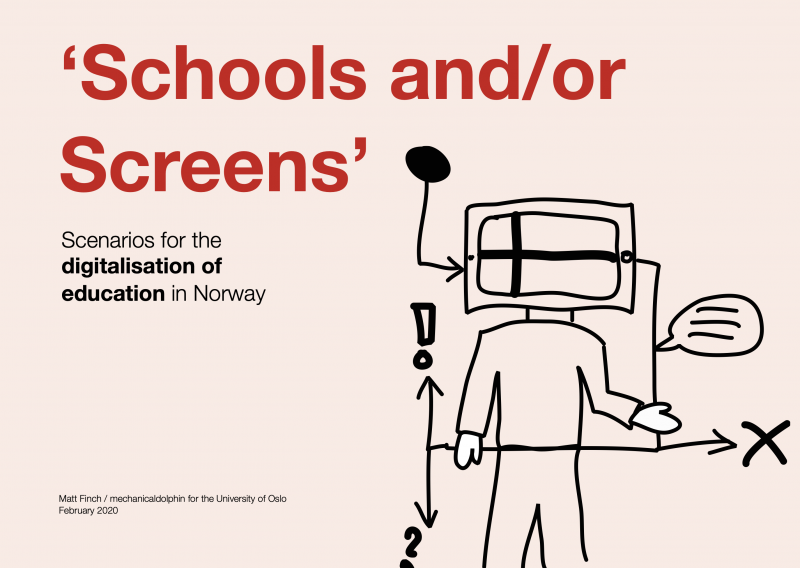 You present The Library of Last Resort as a form of escapism, but the story contemplates fundamental ideas around the nature of play and narrative, as well as truth and objective reality. How important is it for you to strike a balance between having fun and addressing some of the deeper complications of contemporary life?

When you’re a kid, the world is so new to you that you’re constantly exploring surfaces and probing the depths, asking the big questions, where do we come from, why does this happen. It’s also an emotional journey: losing your teddy bear can feel like cosmic despair, but jokes about eating too much melon can conjure sheer delight. All of that – the deep stuff, the superficial, and the make-believe – mixes with the everyday and apparently trivial. That’s a cool place to be.

I’m not pretending the Library of Last Resort gets anywhere near what Josh achieved with “Melon Boy”, but it’s nice to have something to aim for.

Find out more about Matt at mechanicaldolphin.com.

Matt Finch writes and helps communities, companies, and institutions around the world to do useful and surprising new things. Find out more at mechanicaldolphin.com.

Writing Subversive Games: Pitfalls and Potentials
One rainy evening somewhere at the early end of 1997, I found myself hepped up on adrenaline while zigzagging through a dungeon. Even though I was being hunted through mazelike hal...
Cracking the German Book Market
Germany is the second largest market in Europe after the UK for books in English. Barbara Thiele, Chief Product Officer at Berlin-based print and ebook publishing platform, epubli,...
This Digital Life: Mums, Dogs, and Inmates (1 of 3)
It’s always, ultimately, been about writing your own story. Modern information science and technology – the knowledge and practices that underpin the ways we entertain and infor...
Enhanced audio stories for city wanderers
Falling into the Story(World)  Don’t you love that moment when you fall into a storyworld? The magic of storytelling relies on the  power of words to create the world you visit ...
The Book of Disquiet Archive as a Collaborative Textual Environment
From Digital Archive to Digital Simulator This article presents the Book of Disquiet Digital Archive (LdoD Archive, https://ldod.uc.pt/), a free online resource to be published in...
Thoughts on the weaponisation of failure
All of old. Nothing else ever. Ever tried. Ever failed. No matter. Try again. Fail again. Fail better. This is the phrase. Adopted as a pep-talk by silicon valley Imagineers and t...